What is Stage Magic?

A full length stand-up magic show for larger audiences.  This theatrical performance includes classic magic and contemporary showpieces performed with modern wit in a unique and entertaining manner.  This show features Brandon’s award-winning signature routines, which perfectly fuse magic and comedy.  However, unlike traditional stage magic, the illusions Brandon employs aren’t flashy or gaudy but instead utilize normal objects to create extraordinary effects.  Audience participation is integral to the show, creating a performance that is sure to leave everyone amused and entertained.

This type of show is best for larger venues where a stage and theatrical lighting are available.  Past performances include Louisiana Tech University, Mountain Vista Choir, and Pollock Paper Distributors. 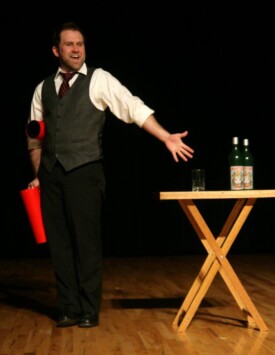 Magic with a purpose

Rather than performing trick after trick, dancing around the music, Brandon has developed an underlying theme for the show:  Perform EVERY magic trick, ever!  Brandon explains every trick can be categorized and then proceeds to perform one trick from each category.  The result is a well balanced show that includes magic, mind reading, and manipulation.

In 2009 Brandon won the Austin Stage Magic Competition, voted on by a live studio audience after performing a signature routine on the Austin City Limits Sound Stage.  Brandon contests that performing on such a prestigious stage  and winning that day is one of the best memories of his life.

Think outside the box

Brandon can perform as a Master of Ceremonies, half time act, or can work with your organization for fundraisers and special events.  His stage magic can be performed in the round and can be customized to any length.  In 2009, Brandon teamed up with the Louisiana Tech Regal Blues to provide a one of kind dance showcase.  Beautiful girls and Brandon, what more could you ask for? 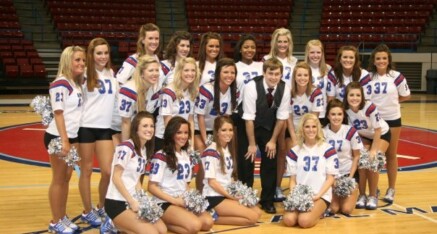 In December of 2013 Brandon, with the support of his parents, coordinated and produced a two night magic performance at Alpine Church of Christ. The show featured 55 minutes of stage magic and 20 minutes of close up magic projected onto two large screens. All of the proceeds went directly to the Jeremy Cotham, a childhood friend of Brandon’s who has been battling leukemia for the past 5 years. Brandon and Jeremy grew up in the same church, played basketball together, and were in the same graduating class. Brandon got the idea to perform the benefit show after a brief discussion with his father about performing magic for a few friends over the holidays. The show was a great success: 500 tickets were sold for three nights, and after private donations, the total funds raised reached just over $32,000. Contact Brandon today to discuss organizing a fundraiser or charity event. 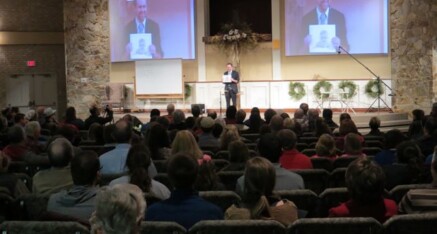 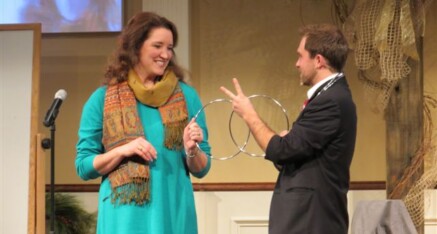